I’m going out on a limb: God’s calling the Church to a new future, to come together and actively ‘gather around the Glory’… not file in and take a spectator seat…

…and for this to happen, the layout needs to change… radically…

This ATL Blog will have many graphics to help show us how we got to our current state, and then (part 2) what’s the future could look like… (pulled from Google images, unable to ascertain the creators for pic credits)

<>How We Got to our Current State (New Testament)

Jesus and His Disciples were into messy, organic gatherings.

Jesus ascends to Heaven, the new Church is jammed together in a room and the Holy Spirit arrives… people everywhere…

The new Church, filled with the life of Heaven, meets regularly in houses and court-yards, all very organic and ‘homey’ … people everywhere, kids climbing around, worship loud, people being prayed for… maybe a bit of quiet when one of the Elders share a teaching or prophetic word… the smell of lamp-oil burning…

When they were allowed by the Jewish authority, some Christians who came from Judaism continued to gather in the synagogues to worship with their Jewish friends, as well as the Home meetings.

Other Christians, as the Roman Emperors took offense at this movement that opposed the ‘official way’ of doing religion, had to change their Church meeting venue to the Catacombs (the grave-yard of the day), where superstitious Roman soldiers wouldn’t go.

The New Testament, as well as Church history tells us that ‘the Lord added to their numbers daily’… this messy, crowded-in-a-house gathering of the people who were doing life together daily… no ‘church buildings’, no official facilities…

…nobody ‘went to church’…the Church gathered because they were the Church… for nearly 300 years after the Lord Jesus founded this organic, living, mystical Body…

Then, the soon-to-be Roman Emperor Constantine, wanting to control the rise of Christianity in the Roman army, claims that he had a vision from God on the Milvian Bridge (a lighted cross and the words ‘in this sign, conquer’). It’s 312 AD, and Constantine takes command of the leadership of the Christians and their churches throughout the Empire.

He immediately begins to re-shape how Christians are to gather together. Appearing to make Christianity lawful and acceptable to the Empire, he begins building ‘churches’ in the layout of pagan Roman temples, where official ‘priests’ conduct the services at the front of the large room, and people gather as the ‘laity’, the non-official religious, to watch and respond when asked.

Home meetings, the previous format of the Christians, were now discouraged, since Constantine saw this as fragmenting the future Roman military forces. Here is the interior of the first of many buildings Constantine had constructed with his mandated design, the Hagia Eirene in Constantinople… 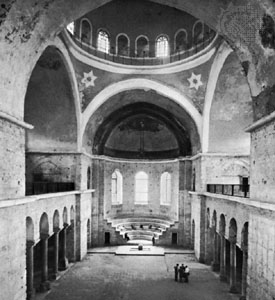 As you can see, this sets up the ‘Constantinian Model’ of church gathering… professional ‘religious’ up front and on the platform, common ‘laity’ in the crowd, creating a ‘performance-spectator’ dynamic…

Quickly, the meeting of the Church in homes gave way to the ‘official’ means of ‘going to a church building’… and with that, most of the Faithful became spectators.

The influence of public auditoriums for secular concerts and theatres continued to develop the spectator behaviors of people going to an event from 350 AD foreward. Here is the design of a 5th century ‘Greek’-styled amphitheater, and a theatre for plays and drama: 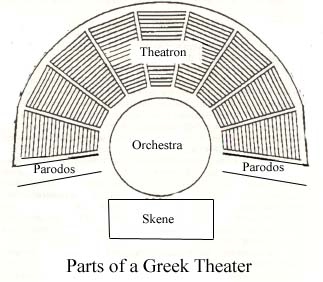 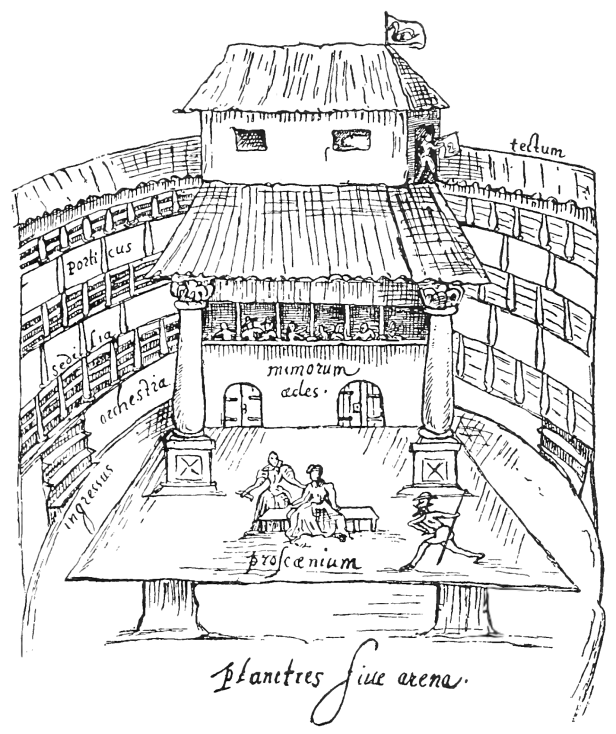 Notably, churches continued to be built with the ‘performance-spectator’ set-up. As well, by the 14th century Renaissance, ‘church’ now referred to the buildings that had been erected across Europe, and ‘the Church’ referred to the official and political institution mainly consisting of the Pope, Bishops and Priests, with the common people, the ‘laity’ forced into serving these professional religious figures. This was true in both the ‘Roman Catholic’ rite, as well as the ‘Eastern Orthodox’ organization.

Enter the Protestant reformation in 1517, and… well, church layout and ‘performance-spectator’ churches continued to be built as they had for the previous 1200 years. The only substantial change was that the ‘pulpit’ became more prominent than previously seen, given the increased focus on preaching over liturgy.

In the midst of the European reformation, there were some Christian movements that openly ‘challenged’ the layout and format of Sacred Gatherings. The Anabaptist movement, launched in 1525, and the early Quaker movement of George Fox in 1650 began to see expressions of home-based small-groups as churches, later becoming the Puritan, Amish and Mennonite movements in America. These groups were heavily persecuted by both Roman Catholics and the Protestants for their ‘radical’ views.

For the next 400+ years, the platform/pulpit facing the ‘congregation’ design persisted. Here is a typical layout of a Protestant church as we now know it:

So, the Current State of churches is a conservative, aesthetically-pleasing ‘performance-spectator’ layout, essentially the same as is seen in concert halls and theatres world-wide.

These aesthetics of design and layout have huge implications. We now ‘attend church’… that is, an event with minimal interaction with those sitting next to us, we are mostly passive spectators of what is happening on-stage. This is true for thousands of ‘churches’ in America, both small and big.

In our day, ‘the Church’ is commonly referring to a ‘sanctuary’ or facility, and it’s scheduled public meetings.

It is a minimal logic jump that larger church facilities look just like arenas and venues in the region. As well, the activities on-stage increasingly use methods and technologies seen pervasively in the entertainment industry. The ‘mega-church’ phenomenon blends modern theatre-style layout with attempts to hold large numbers of people gathered for the weekly events.

The driving layout theme remains the platform/stage facing the spectators, now distinguished as ‘the congregation’.

It’s even become quite the ‘splash’ that churches, church conferences and annual large-scale events use regional arenas and stadiums to hold ‘worship’ events, decked out with everything, including laser lights, smoke and confetti!

It has been estimated that over 85-90% of Protestant gatherings in the West are held in this manner.

I know that some people will have strong feelings about the ‘church’ they attend, or have done so for a long time.

This discussion of layout and design is… well, it just is!

Part 2 will be ‘Designing for a Different Future’… stay tuned!

© 2017-18 by crisbaj/AdoreTheLord.blog  All rights reserved.

All Scripture references from New International Version unless otherwise indicated.

If you re-post or use material from this blog, please be honest and give author citation + AdoreTheLord.blog  as the  source… thanks!!

2 thoughts on “‘Gather Around the Glory’ part 1: Past/Current State”

www.bajmission.com ...Development and Relief Mission in North-Western Mexico since 1991